I just visited my daughter, Heidi's, blog site to see what was up with her and she said she had been "tagged" and so was telling some interesting things about herself. I guess, now that I stumbled onto here blog and read her bit, I've been "tagged". I think that means that I am supposed to write a bit about my history and peculiarities. So here goes:

I was born in Topeka April 2, 1952, when I was only 0 years old. My dad was a roofer at the time, but had also worked as a coal miner before WWII. During the war he stormed the beach of Normandy and fought his way all the way to Germany. My mother was a homemaker for most of my life, but during my early years she worked for a baby-sitting agency where she was on call to babysit for couples who needed a night out on the town. I went with her and usually watched TV. One of my first words was "Joy" due to a Joy dish washing liquid commercial. 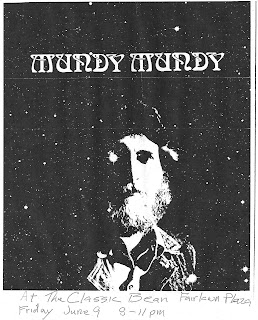 Television continued to be my primary tutor throughout my childhood and I must say that I was well educated--lots of history, even some accurate history, was taught on TV in those days. Neither of my parents went beyond the 8th grade SO I wanted to get through the 8th grade and be a roofer like my dad. Later, I changed my opinion, but though I graduated from high school, I ended up roofing anyway. In later years I broke out of my rut and finished college with a BA in History and MS in Occupational safety and Health.

I served a mission for the Church in Guatemala and El Salvador between 71' and 73' and came back to chase the Golden Ring of a music career. In the process I met Karen and we chased it together for many years. During that process we had 5 kids: Jesse Lee, Tyler Dean, Heidi Lynn, Ingrid Louise, and Dylan James. I have lived in Topeka; El Salvador; Guatemala; Topeka (again); Provo, Utah; La Mesa, California; Lakewood, California; Bellflower, California; Antioch, Tennessee; Nashville, Tennessee; Topeka (one more time); and Riverton, Utah. I have visited most of the states in the continental United States.

I have had a top ten record on the radio, had a part in a European TV mini series filmed in Utah, "Paradise Reclaimed" ( I was a cowboy), had a part in a CBS made-for-TV movie, "The Conviction of Kitty Dodd" (I was Kevin Dobson's friend) and played a criminal being arrested in a series pilot set in Nashville starring Lorrie Morgan that went no where. While in Nashville, I signed an artist agreement with a production company that shopped my group around for a year and a half and had a close miss with Asylum Records, who really liked our album, but they thought we were too old to sign to a contract. So i continue to write and produce and sell my music out of my basement studio.

As a child I enjoyed molding clay and play dough into figures of people and animals and developed a talent for sculpture by the time I got into Jr. High. Mt art teachers in Jr. High and High School thought I was going to be famous someday. After taking a sculpting hiatus of over 30 years I took up the effort again and am in the process of making my teachers dreams come true--I hope.

I used to be a pretty good athlete, excelling in most sports I tried--my dad's genes were responsible for this--but i never had the self discipline to do anything of real import in sports beyond entertaining myself. Now, I'm nearly 56, overweight and way out of shape. So I watch sports for the most part and hope to see my kids excel.

Speaking of overweight, I love a good steak and most every other food available to me. I like going to restaurants with Karen and enjoying a good meal. I also enjoy watching movies, old and new, and still get educated by watching TV. I am also a voracious reader, reading everything from light entertaining novels to serious biographies. Religion and politics get a fair bit of my attention and I listen to talk radio interspersed with audio books of various subjects while I drive around in my work. 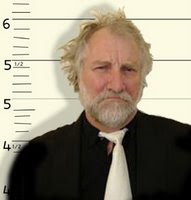 I was arrested once in Nashville on two charges of assault. I was trying to talk to some kids who had been harassing one of my children, whom they threatened with bodily injury--they thought they were tough. They didn't seem to be taking me seriously enough when I confronted them and told them to cut it out, so I grabbed them both by the necks and held their heads against a storefront window while I explained how serious I really was about it. When I learned later that a warrant had been issued for me--the little toughs weren't as tough and self reliant as they thought they were, I GUESS--I turned myself in and threw myself on the mercy of the Nashville judicial system. I payed a fine for being a protective father and went my merry way. I have since kept my vigilante activities to a minimum.

I manage safety for two roofing companies at the moment, but I keep my hand in the music and art as well. 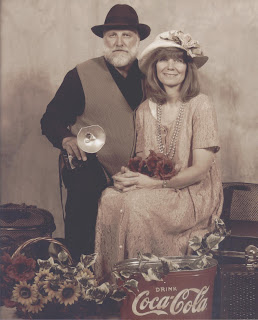 I love my family and enjoy time with my kids, hoping that they will settle close to where Karen and I are, so that I will be able to enjoy them and their own families as they develop, well into my old age.
Posted by Randy at 8:31 AM

I like reading blogs like this. I think I already knew most of that stuff about you, but it's still interesting to read anyway. I hope that by the time I'm married with kids, I'm close to you and mom, mostly so you can babysit the grandkids. ;) Just kidding.

I enjoyed reading this. You have had an interesting life. I didn't know about your sculpture until recently -- from reading this blog -- and today was the first time I ever knew of your arrest. With respect to which, by the way, I think there were some pretty strong mitigating factors working in your favor.